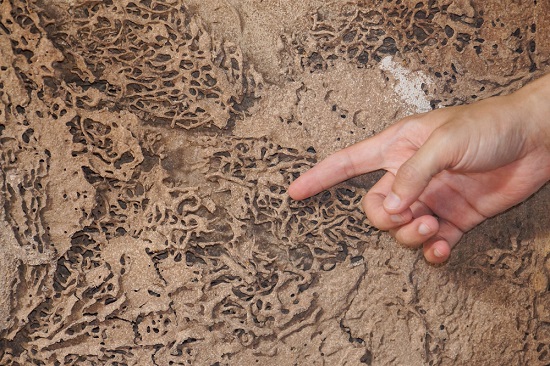 Spring brings out the beauty of flowers and it marks the return of warmer weather. Spring is the start of peak pest season in the pest control sector. This means that most insects have emerged from their winter hiding places and are mating, sometimes even making their way into our homes. Unfortunately, termites are one of the biggest threats to homes and properties. When that happens, you’ll need professional a termite service.

When Do You Need Termite Service?

Termites have existed for over 120 million years. Termites are social insects that live in colonies in wood or ground. Termites eat the wood cellulose and other wood by-products like paper. They cause property damage of $5 billion each year, according to estimates.

Worse, homeowners insurance does not usually cover this type of damage. Additionally, because termites are often invisible, their damage can go undetected for years until serious termite problems arise. It is important to know the termite life cycle and signs that a colony has established itself in your home.

There are over 2,000 termite species worldwide, with 50 of these species found in the United States.

A colony is composed of soldiers, workers and swarmers. The colony’s workers maintain it, build or repair the nest, forage for food, and provide support for the colony. Soldiers, which are sterile, are responsible for protecting the colony. Both soldiers and workers do not have wings.

Swarmers are also referred to as reproductives. They have two pairs of wings that lie flat on the abdomen. After the last freeze, which is usually around 70 degrees, the young adult males and females emerge from their nests in large numbers.

To attract male termites, the female termites releases mating hormones, which are similar to perfume. The male termites will break off their wings when they find a female that is attractive, which signifies they are now a married couple. The new couple chooses a nest site, mate and then become the king and queen of the new colony. It is not uncommon for the queen to live 30 years or more.

It can take up to three years for a colony to mature and produce its own swarmers, depending on what species it is. The queen can lay between zero and 22 eggs in her first year.

A subterranean colony can have as many as 75 individuals after the first year, while drywoods might only have a dozen. It can take years for a colony to grow large enough to cause visible wood damage.

New termite colonies can be established in colder areas where termites don’t usually survive winter. This is possible by either introducing infested wood to a new area or through division. Division occurs when termites find a new food source and form a subcolony to exploit it. This subcolony eventually can produce the necessary reproductives from young termites (nymphs) and then completely split off as its own colony.

Termites are often visible only in the form of termites swarms and shed wings. Many people believe termites only occur in spring. Some termites, including subterranean termites, can be active all year, even if they are not visible. This is especially true in warmer climates. These termites are able to be active all year round, chewing on wood 24 hours per day, 365 days per year.

Conehead termites are the only exception. Most termites cannot crawl on the ground like other pests, except for conehead termites. They build mud tubes that allow them to travel between their colony, food sources, and other termites.

This is another way homeowners can identify termites in their area. Look out for cracks in paint or wood that sounds hollow when it is tapped. If termites are found near your home, you should contact a residential pest control specialist immediately to get rid of them. Termites cannot be treated by DIY methods.

This article will provide information about termite signs and species. You can also learn about the importance and how to work with professional pest control specialists in Myrtle Beach to remove termites infestations.

Call Zap Pest Control Inc. now if you need the help of professional exterminators in getting rid of termites from your home.